What is the OFS?

The Secular Franciscan Order belongs to the Franciscan Family and is “formed by the organic union of all the Catholic fraternities, whose members, moved by the Holy Spirit, commit themselves through profession to live the Gospel after the manner of St. Francis in their secular state following the Rule approved by the Church” (Const. 1,3).

“The rule and life of the Secular Franciscans is this: to observe the gospel of our Lord Jesus Christ by following the example of Saint Francis of Assisi, who made Christ the inspiration and the centre of his life with God and people…. They should devote themselves especially to careful reading of the gospel, going from gospel to life and life to the gospel.” ( Rule Article 4).

STRUCTURE OF THE SECULAR FRANCISCAN ORDER

The Secular Franciscan Order is divided into Fraternities at various levels: local, regional, national and international. Each of these Fraternities is animated and guided by its Council and a Minister or President.

The local Fraternity is “the basic unit of the whole Order and is a visible sign of the Church, the community of love. This should be the privileged place for developing a sense of Church and the Franciscan vocation and for enlivening the apostolic life of its members” (Rule Article 22).
“The fraternity must offer to its members opportunities for coming together and collaborating through meetings to be held with as great a frequency as allowed by the situation and, with the involvement of all its members” (Constitutions 53,1)
“The council of the local fraternity is composed of the following offices: minister, vice-minister, secretary, treasurer, and master of formation. Other offices may be added according to the needs of each fraternity. The spiritual assistant of the fraternity forms part of the council by right (Constitutions 49,1-2).

“The national Fraternity is the organic union of local Fraternities existing within the territory of States or of national entities” (Constitutions 65,1).

“The national Fraternity… is animated and guided by a Minister or President and by a Council who are duly elected” (Constitutions 65,3).

“The international Fraternity is constituted by the organic union of all the Catholic Secular Franciscan Fraternities in the world. It is identical with the OFS (Constitutions 69,1). 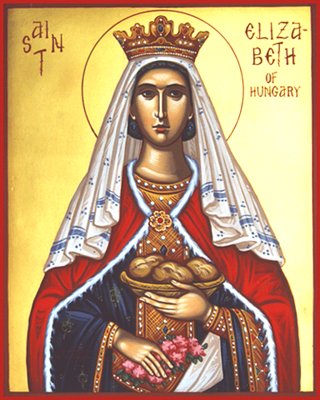 Saint Elizabeth of Hungary, patroness of the OFS, pray for us!

It is important to mention that diocesan priests who become Secular Franciscans, do continue to embrace celibacy.

1.  Praying daily either the Divine Office, the Office of the Passion, the 12 Our Fathers, or The Little Office of the Blessed Virgin Mary
2.  Financially supporting your local fraternity
3.  Giving volunteer support to fraternity ministries & Charities
4.  Attending fraternity meetings
5.  Going on a yearly retreat